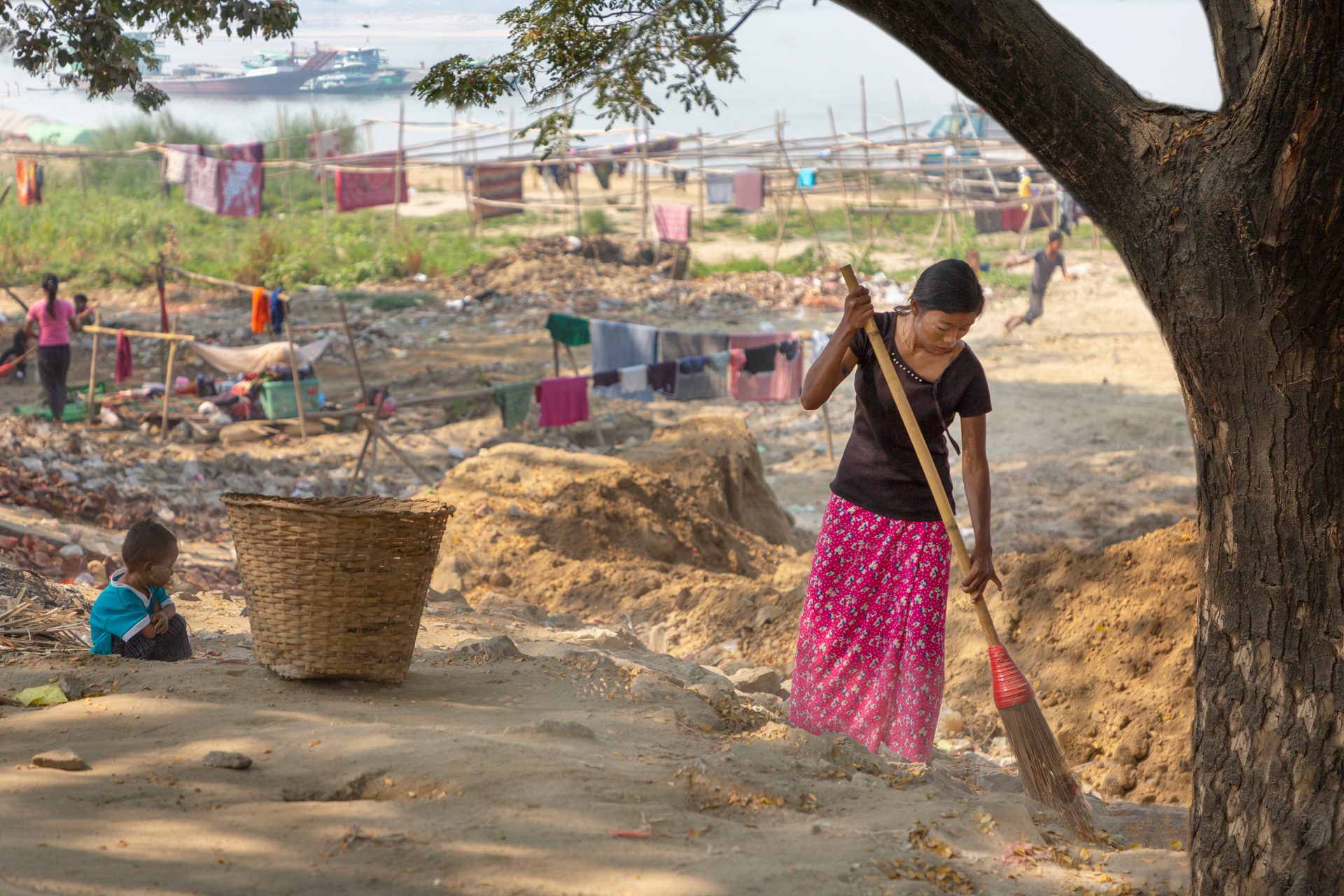 3 Incredible Days In A Burmese Village

Of all the things I imagined I’d be doing, marching with a procession of monks through a remote village in Myanmar was definitely not something I could have envisioned. I knew in that moment that it was an adventure that I’d remember for the rest of my life.

It all started with a volunteering gig at the ThaBaWa temple township in Yangon. I had arrived in the dead of night and was treated to a large meal by some Buddhist nuns. It took me some time to get used to my surroundings.

I was surrounded by abject poverty, where many were staying in what amounted to wooden cages with tarpin over the top.The following days were spent getting acquainted with the volunteers, teaching workshops, looking after elderly residents and reading in the library – the only building in the township with air conditioning.

But soon, the heat, the lack of hygiene, uncertainty of what to do and lack of organised structure for the volunteers, began to get to me. There were also no nearby attractions or places to visit to explore in my spare time. Pretty soon, my doubts began to grow, because after all, I was there to help and I felt like I couldn’t. The tension between myself and the other volunteers was also less than helpful.

So after almost a week, I’d made up my mind to leave. Until I was invited on a trip to the Burmese countryside. After hearing about my experience in journalism, Sayaday Ashin Ottamathara the spiritual leader who set up the ThaBaWa centre invited me to accompany him and a delegation of monks and devotees accompany them on their 3 day trip.

It was 9.45pm in the evening and Sayadaw was leaving in 10 minutes. So in a flash of lightning, I packed all my stuff and was stuffed into the back of a car with an annoying American doctor called John (more about him in another blog) and some monks. Off we went. It all seemed so surreal. One minute I was getting ready to pack my bags and plan a different adventure elsewhere. In another moment, my plans had changed again and I was now heading off into unknown territory in a part of Myanmar where tourists weren’t even allowed to go.

It was crazy how things can change in an instant. I’ll admit though. With Sayadaw being something of a local celebrity, I was a little disappointed that I wasn’t travelling in the same vehicle. I had so many questions about Buddhism that I wanted an answer to.

I can’t remember what time it was, but they had all these late night cafeteria stops in Myanmar where you could grab a bite to eat. To be honest, after spending hours in the car, I really just wanted to sleep – somehow. But the monks encouraged me to get out, stretch my legs and eat. My stomach was still doing somersaults from eating the donated food at the temple, and I still had this problem of needing to rush off every few hours because of crippling diarrhoea.

Even in the car, I struggled to keep from losing all dignity and had a very uncomfortable journey, that was matched only by an overwhelming sense of exhaustion. So I used my involuntary rest break to take full advantage of the awful ‘toilets’ they had available near the rest stop. I was also lucky to escape the clutches of the feral street dogs that barked and snapped at all of the passers by. It seems that I was the only person taking any notice of the dogs. I guess the locals were used to them. It didn’t help that a crowd of curious locals had gathered around me and were taking snaps of their own so that they could get a picture of me. It was like having paparazzi follow your every move. I understood why of course, but it just felt so surreal.

Soon enough, we were back in the car again, heading off to our next destination.

As daylight broke, we soon arrived in the village. The first half of the day was spent getting acquainted with the local people in the village and making friends.

You can read more about that day in my blog, A Day In the Life at a Burmese Village.

But there was one thing that I left out in the other blog.

Later that day, we went on another road trip and arrived at a temple. Unfortunately, no pictures were allowed but it surprised me because up until that point, the trip had been decidedly non-touristy. Don’t get me wrong – I wasn’t complaining. It was a pleasant day spent exploring the various floors of the temple and observing the monkeys that weaved their way in and out of the building.

No shoes or even socks were allowed. The temple floor was incomprehensibly dirty with monkey poop dotting the floors, but there was just something so special standing barefoot on a clean patch of the temple floor looking up at the architecture with gongs ringing in the background.There were also the usual tourist stalls selling their wares nearby and trying to entice tourists to pay more for the goods. It was in stark contrast to the overwhelming generosity of the delegation of monks I was with who freely offered me food, water and shelter in addition to the free trip I was on.

Still, it was all part of the beauty and magic of travelling in Myanmar. 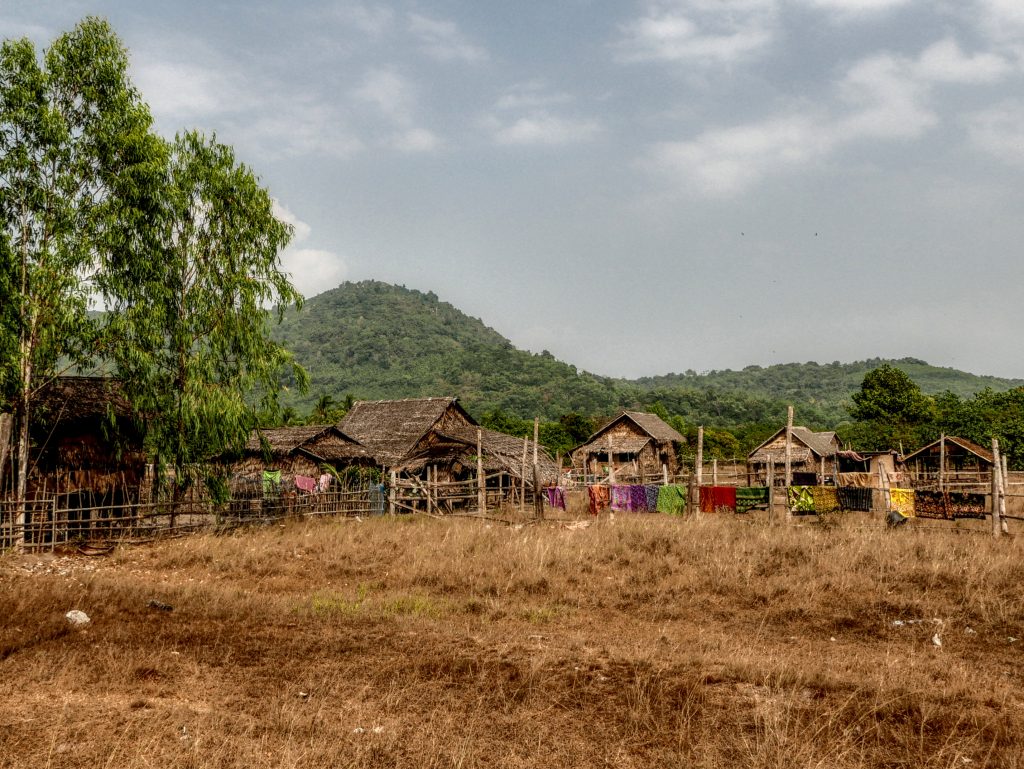 This was the most memorable day of my entire trip.

Sunlight peeked through the banana trees and I heard chanting in the background.

It was the closest I’ve ever come to a spiritual experience as I joined the long line of Buddhist monks in one of the most sacred moments of my entire trip.

We were collecting food donations from the community and the entire village came out to meet Sayadaw with reverence. I’ve never seen such a spiritual display of devotion, generosity and community spirit in my life.

Here I was in one of the most remote and random villages in the world and all I could see was the sunlight hitting the orange and Burgundy robes of the monks who strolled before me.

On my side, were the devotees in traditional Burmese clothing who were staring at all of us – and me – in total disbelief. Words cannot do justice to the feeling you get when you’re at peace in a totally alien world.

We were doing alms rounds. Alms rounds are when a procession of monks walk the streets in Myanmar, collecting donated food. Volunteers are usually expected to do alms rounds in bare feet. It was something that horrified me when I first started volunteering at the ThaBaWa centre, because the streets around the centre were filthy, with animal poop, trash and general dirt.

Walking bare feet on all of that seemed like insanity.

But here among the banana trees, clean but dusty roads and tropical greenery, I paid no attention to what my feet were doing.

Retreat on the mountain

Later in the day, I decided to retreat into a nearby hill as being the constant centre of attention can be a little overwhelming at times, even when it’s meant in the friendly spirit of curiosity.

John (the American doctor) had already made his way up the mountain. Reluctantly, I joined him before finding my own spot. I was loving my time in the village, but I just needed a couple of hours where I wasn’t the centre of attention.

Around 30 minutes later, I looked up to find several village members climbing the mountain towards us…

In the evening, we were in the car again, heading off to a night temple that Sayadaw was due to speak at. I really wished I could understand Burmese because Buddhist theory is something that has always interested me.

Showers of gold rained down on me as I looked up at the golden orb lights that lined the temple structure.

This temple was not open to tourists. I entered the temple anyway, because I was with a local group of respected monks. As in many temples, there were large Buddhist statues and marble flooring. There was also a miniature lake in one area of the temple and large hallways.

After spending some time exploring and listening to the talk by Sayadaw we finally headed off back to the village centre. 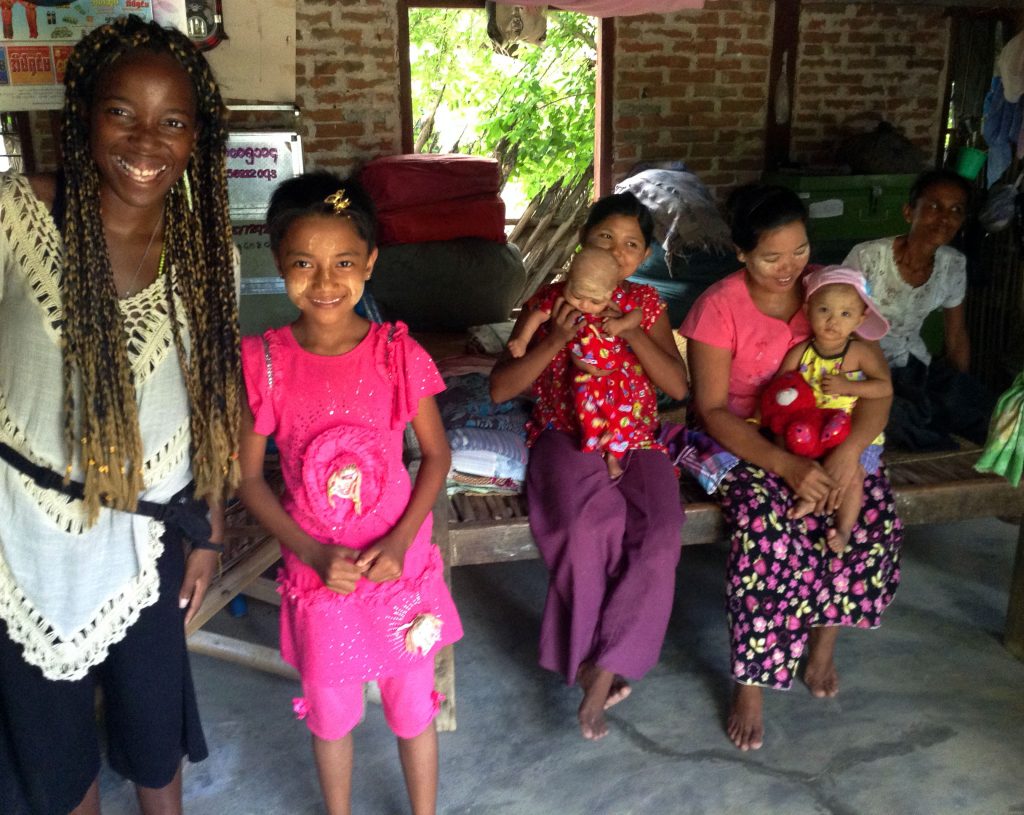 I told him I was from England.

“Do you know football?” the man asked me.

That’s the weird thing about travelling – it is all those random, unnamed little encounters I remembered the most. On the final day in the village, we set off on the road again to visit a centre in another remote village. It was effectively just a Buddhist sports hall. I sat in the back, wishing I could understand what was being said.

In between sermons, I wandered into a nearby village, composed of large straw huts. I ended up speaking to a local couple, who to my surprise, spoke a little bit of broken English. They invited me to sit with them and I told them I was from England.

That was when the man asked me whether I liked football. We made a little bit of small talk before I went on my way again, weaving my way in and out of the village huts. Later, I rejoined the Buddhist delegation at the centre so that we could have our usual meals together. I must say, I felt very looked after on that trip. Meals were free and regular throughout the day. Despite not being able to eat much of it due to food poisoning, the little bits I could eat were delicious to say the least. Later that day, it was time to head back to the ThaBaWa Centre in Yangon. On the way back, I got the luxury of being seated on a bus instead of a cramped car.

That was until a young Buddhist nun yelled at him to keep going! Ofcourse, the bus was very old and every bit as crowded as the car.

I also ended up sharing my seat with several friendly cockroaches.The bus stopped for several hours at a time on the road as the driver took naps to prevent himself from getting too tired. On one hand it was good because it meant we weren’t going to crash on the way home. On the other hand, my cramped legs and unwanted insect guests were beginning to make me question my sanity.

There were no luxuries to be had on this bus.

But hey, it was better than nothing right?

Check out our related blogs! 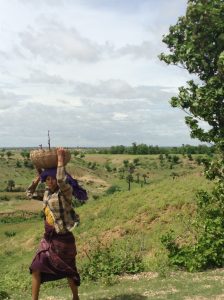 A day in the life at a Burmese village

I was in Myanmar when we walked into the dorm room. There were many elderly and disabled Burmese men in various states of suffering and 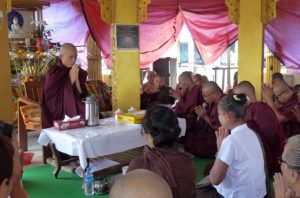 A taste of Burmese hospitality

I’d just left the soft, warm Nirvana of Thailand where the memories of the beach and the mind-blowing conversations I’d had with people were still 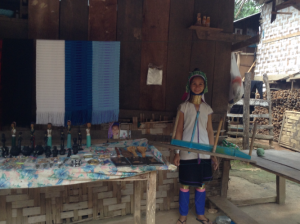 Tales of the long neck people: A forgotten tribe

Hearing stories about the long neck people has fascinated me ever since I was a child. In 2016, I got to learn about the real