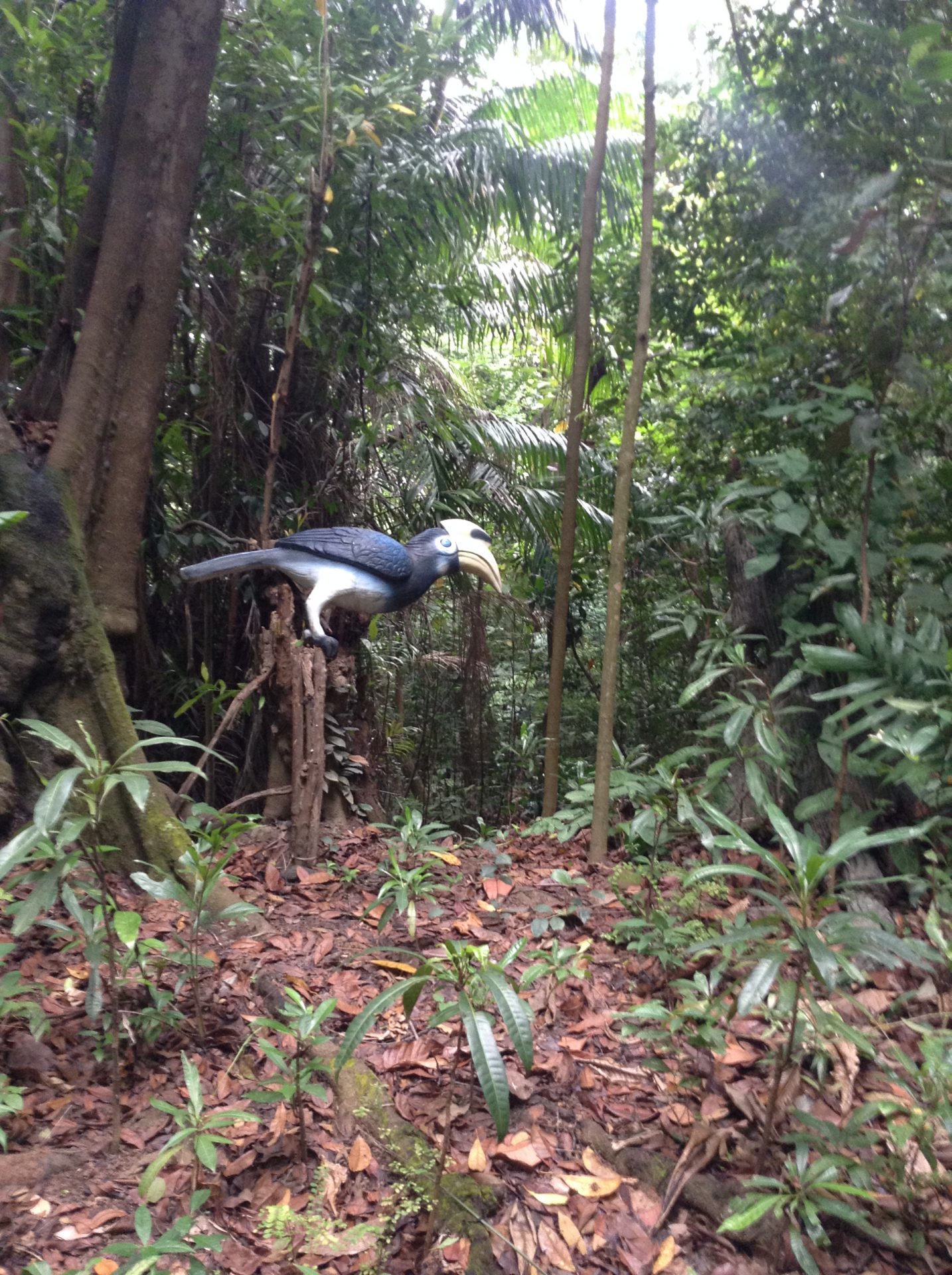 The City Rainforests of Singapore

The final days of my backpacking adventure were spent in Singapore. Singapore is a very modern and relatively clean city, with a few interesting tourist attractions but nothing particularly groundbreaking. Overall, it felt a little sterile and soulless.

But I did love the mini rainforest that was in the middle of the city.

When I first arrived in Singapore, I spent a few hours exploring but there were only so many malls and tower blocks I could take in.

The next day I decided to get a city cable car to Mount Faber, which is Singapore’s second highest hill, and stands about 105 metres in height, located in the Central Region of Singapore. It offers some of the most enchanting views of the city the western parts of the Central Area.

Once I got bored of the cable car, I sauntered off into the near nearby mini tropical rainforest, near an island resort called Sentosa. According to some of the signposts throughout the reserve, the rainforest used to cover a much bigger area and was home to tigers and other wild animals.

I was just glad there were no man-eating tigers on the loose when I made my way through the forest.

Sentosa Nature Discovery is home to some of the rarest habitats and wetlands in the area, as well as unusual wildlife, endangered species and rare plants.

It was fairly small as far as rainforests go. I mean, I wasn’t expecting the Amazon jungle or anything like that, but you could navigate your way through the forest in an hour or so. When I first entered the rainforest, it looked like any other nature reserve or city park. But as I ventured deeper into the forest and was surrounded by tall, thick heritage trees, the only sounds I could hear were what sounded like monkeys overhead and the buzzing of insects.

I found a rock near a water fountain and sat there for a while. It truly was an oasis in the middle of an otherwise sterile city.

Singapore used to be covered in rainforest but now all that is left are the small leftover strips that line parts of the city. They seem a little out of place, until you walk further into them and the sounds of the city are slowly drowned out and replaced by the sound of running water and birdsong.

While the discovery park still had an artificial vibe to it, walking through the thick vegetation becomes more and more convincing once you get lost in it. If you walk far enough into the discovery park, you’ll find a gated enclave where you can enter one of the attractions adjacent to Sentosa Island. The presence of the attraction made it a little less ‘rainforesty’.

I walked on and got lost in the woods until the rainforest faded away suddenly and gave way to the tarmac, and I stepped once again into civilisation.

You know, that was kind of a sad day for me.

Don’t get me wrong, I was super-happy to have been lost in the magical gaze of the rainforest without being eaten by a man-eating tiger, but I was due to return to the grey shores of England in less than a day.

So yup, back to civilisation it was.