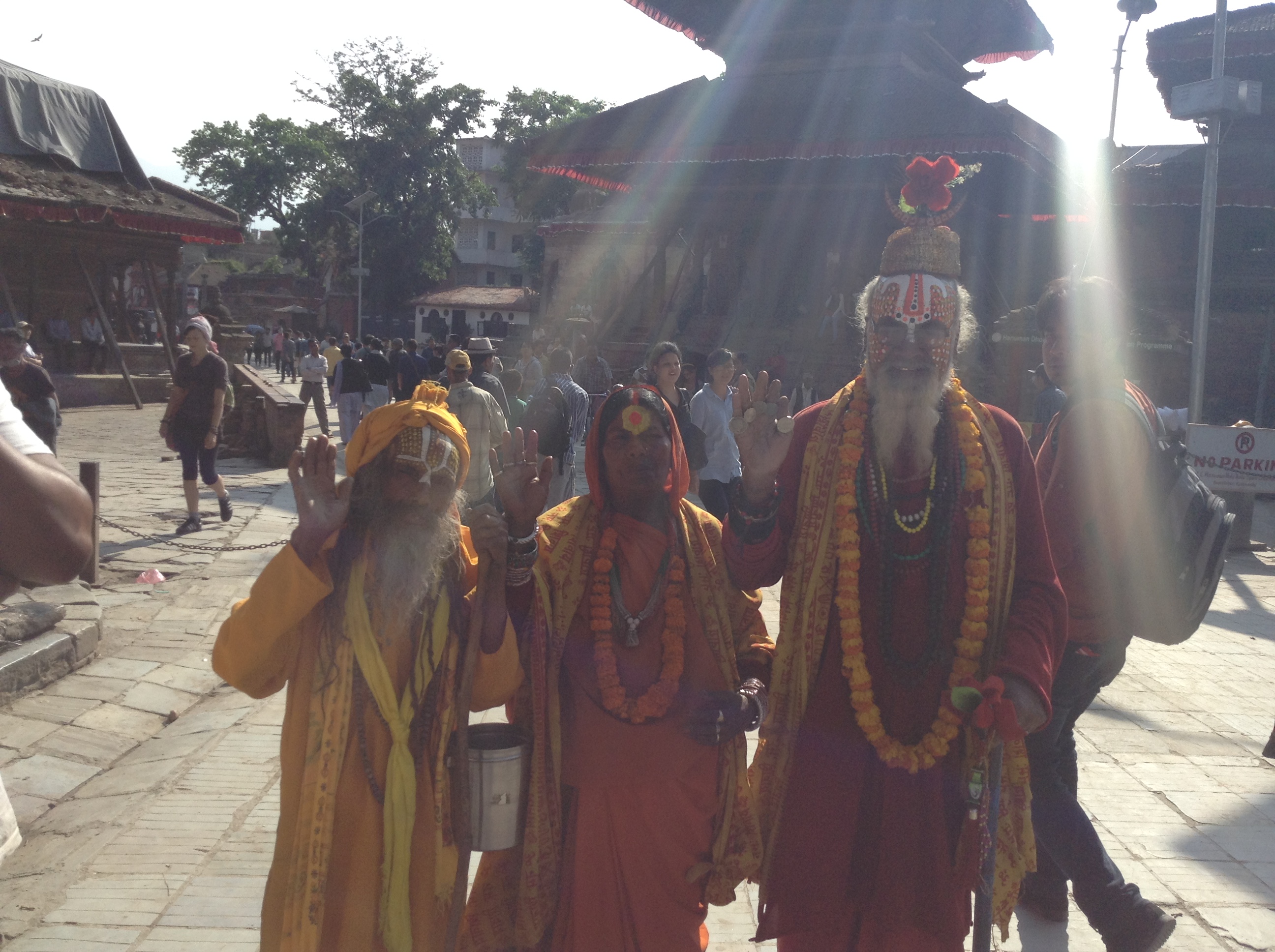 From Naples to Nepal: A colourful introduction to Asia

Chaos, crowds and humidity greeted me as I stepped off the plane in Nepal and landed at its main airport, Tribhuvan. After a two week stint in Naples, Italy, I was ready for something a little different and I was not disappointed.

Nepal is worlds apart from the relative comfort of the West and when I first set foot in the capital city, Kathmandu, I was greeted with a symphony of colour, sound, smoke and magic. My senses were almost overwhelmed from inhaling the dust from the roads and the traffic, intermingled with the strong smell of incense, burning fumes and the tropical heat. Coming from the cold, grey skies of London, Nepal is like nothing I have ever experienced before. When my airport pickup failed to materialise, I was immediately surrounded by a rabble of taxi drivers, plus an ‘airport volunteer’ who asked me where I was from, where I was going and which hostel I was staying at.

As it happened, he was a tour guide who helped me to phone the hostel and get a taxi there…all for a fee of course. He also accompanied me on my journey, giving me the hard sell about various tours his company ran. It was a strange feeling, riding in a car with two strange men along a bumpy road, through various alleyways, side streets and bazaars.

Indeed, when I finally reached my destination, I laid there in an empty hostel room with the sound of mosquitos buzzing around my head in the midst of a power cut (which occur daily in Nepal) and for a fleeting second, I begun to wonder if I’d made a terrible mistake.

The first night of my global adventure had left me feeling fatigued, overwhelmed and a little frustrated.

Water and electricity shortages are common here. Most hostels and hotels can even give you a timetable that lets you know when the electric is likely to come back on.

It sounds a little cliche but in the West, it can be difficult to appreciate having simple things such as adequate housing, water, food and electricity until you find yourself without them.

Of course my mum used to tell me how good I had it all the time as a child. But it is only when you find yourself immersed in a totally different culture where some homes are little more than tin shacks, local water is not safe to use and basic medical care is scarce, that it really begins to sink in.

Traffic from another world

Traffic across most of Nepal is other worldly. Cows, chickens, dogs, monkeys, pedestrians and motor vehicles all mingle in the same space. Wanna play chicken with the traffic? Then come to Nepal, you won’t be disappointed!

After making it to the grand old age of 30, I thought I’d mastered the art of crossing the road, but in Nepal, I quickly learned to ignore all of the usual traffic laws and the green cross code. Instead in a feat of unimaginable bravery (aka stupidity), I would have to step out directly into oncoming traffic. As with many things in Nepal, it defied ‘common sense’ but what makes sense in one country may not work in another.

So with all this mad stuff going on, what were the highlights? Well, taking a safari through the Chitwan jungle and cruising along the lakes in Pokhara was pretty awesome. I mean, I didn’t come face-to-face with a tiger or anything (although there were many crazy people in our group who were disappointed about not being able to pet a jungle cat), but walking through thick vegetation with ever-present danger had unexpected thrills. Did you know that Nepal has the highest rates of deaths caused by tiger attacks in Asia? No? Well you do now.

A number of different tour agencies in Chitwan offer various treks through the jungle, including boat trips, walking expeditions and jeep safaris.

I opted to take a boat trip for an hour, then walked for 4 hours before taking a jeep safari. Although I did not get to chill with the tigers, I did see plenty of rhinos, bisons, monkeys, deers, chickens, peacocks and crocodiles during our time there. They also had a crocodile breeding centre, which for about $1, I was able to browse at my leisure.

A couple of people in our group saw sloth bears, though I did not see any. The temperature that day was 40 degrees, so I certainly worked up a sweat while I was there.

But my jungle fever wasn’t over yet, so after sweltering in the tropics for a few hours, I then got the opportunity to go to an elephant breeding centre close to the Sauraha village, where I got chased by a baby elephant after unsuccessfully trying to feed it. The only thing I did not like was that many of the adult elephants were chained to stop them from running away, but apparently this will change next year (2017). One of the volunteers at the centre told me that they will be introducing high tech bracelets that will allow the elephants to wander into the nearby jungle for a few kilometres before setting off a sensor that will prevent them from going further. The great lakes of Nepal

Another great memory I had while visiting the country was sitting by the lakes in Nepal across from the mountains. I went to Pokhara – one of the other main cities of Nepal – which is famous for its lakes, mountains and tourist hotspots.

Many backpackers, myself included, see it as a welcome haven from the mayhem and madness of Kathmandu.

Here you can go for inexpensive massages, buy trinkets sold in shops opened by Tibetan refugees, hike up some of the most famous mountains in the Himalayas – such as the Annapurna – and hang out in the parks and green spaces where a lot of local families like to chill out in the afternoon. If you do go for a massage, I recommend an organisation called Seeing Hands, that provide opportunities for blind masseuses who will happily provide cheap and I must say – very good – massages upon request.

Pokhara is one of the trekking capitals of the world, with many travellers opting to take on some of the world-famous routes on offer such as Mount Everest base camp. Other famous trails include the Annapurna Circuit, Annapurna Base Camp and Langtang Valley, among others.

I have a fear of steep drops and heights, so I opted to visit some of the local parks instead. I also took a boat trip across Lake Phewa and then climbed the stairs to the World Peace Pagoda – a temple on top of a large hill on the other side of the lake.

Pokhara also has a lot of nice outdoor cinemas, which are usually enclosed by tropical plants. Watching the Lion King while having a bird’s eye view of the mountains in the background made for a really memorable experience. Unfortunately, the sad day came when I had to leave Pokhara, but I wasn’t done yet.

You see, that’s the great thing about Nepal – it is jam packed with adventures. It was hit hard by the 2015 earthquake, which devastated many homes, businesses and national treasures. As a result, tourism took a nosedive and many local people lost jobs and trade as a result. Fast forward to 2016 and tourism has slowly started to trickle in again and temples, attractions and shops are open for business, even though you can still see some of the damage that was caused by the earthquake.

After Pokhara, I returned to the smoking chaos of Kathmandu, and visited Patan and Bhaktapur – the two ancient towns nearby. Both are jam packed with temples, cafes, holy men and traditional stores selling singing bowls, beads and buddha statues. They each cost around $15 to enter; however it was well worth it as I spent an entire day in both places. After that, it was time to bid farewell to Nepal, which threw up so many weird and wonderful experiences that gave me such a magical introduction to the continent of Asia. 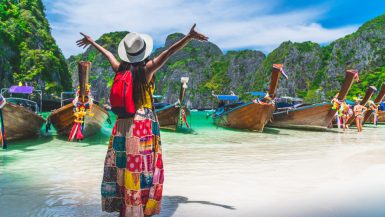 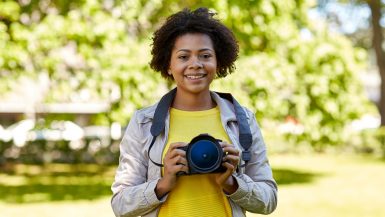 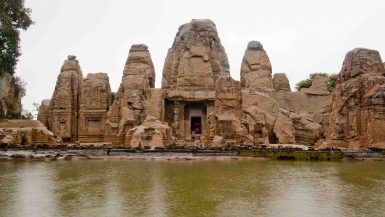 Top 5 tips for travellers in India