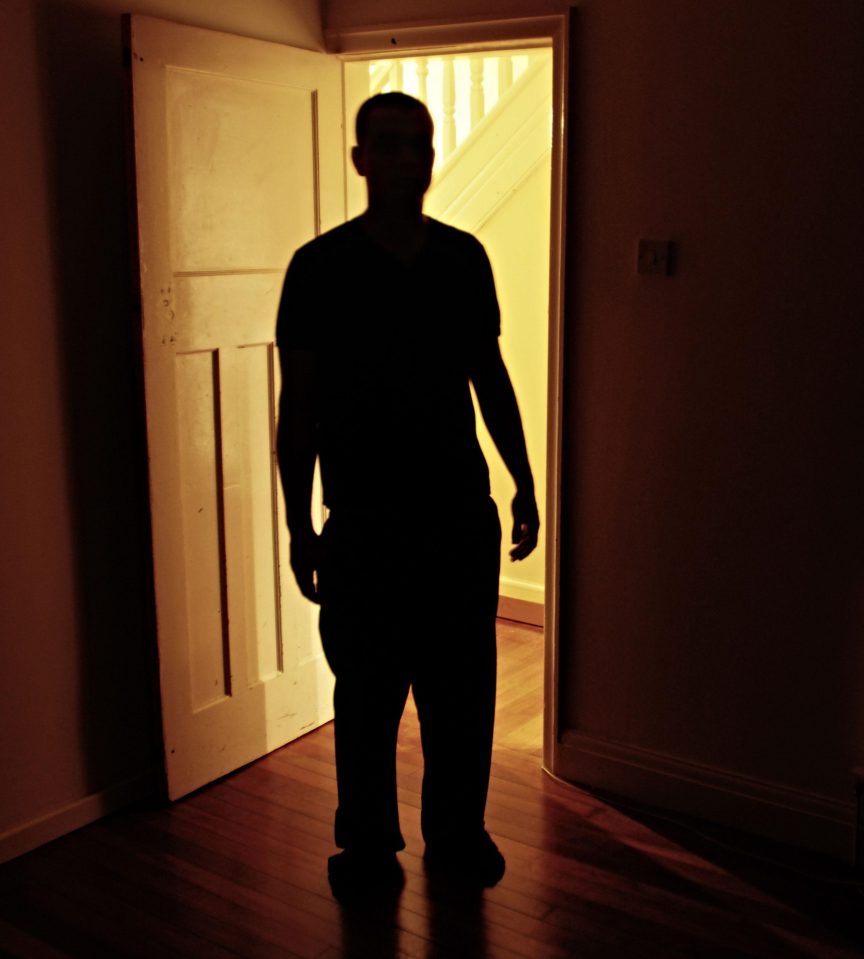 A Vietnamese Night With James The Enigma

My mum warned me about this.

She told me that backpacking alone across Asia was dangerous and that death was on the horizon. Well, my mum was always prone to hysterics, so I ignored that and continued my expedition regardless.

But now as I stood behind that door in Vietnam, I wondered if she had a point after all.

James the Enigma had entered the picture. And now I stood locked behind the hotel room door as he threatened to kick it down. That was just the start of my ordeal…..

James was someone I had met previously when I first started volunteering in Vietnam. I used the website Workaway to find volunteering opportunities in Vietnam and the first place I ended up was in a house with Peter Linh and his wife. You can find out more about that in my first blog.

I met the Enigma the very next day. He was one of a few people I was sitting beside and talking to and he seemed nice enough the first time I met him. James was a tall, English guy from London, that had a little bit of a Kray Twins vibe about him. But he seemed like a decent and pleasant enough person. At least at first…..

After spending a few days at the house, I was transferred to Peter’s parent’s house in the countryside, before returning after about a week and was greeted by Peter when I got off the bus. I was surprised when he dropped me off at an old hotel, which was run by a woman who called herself ‘Vicki’ who was loosely affiliated with him. Peter dropped me off at reception, hardly saying anything. The receptionist showed me an empty hotel room where I stayed for a few hours.

I spent the next few hours trying to explore the local area which was a derelict industrial wasteland and difficult to navigate without a motorbike. I walked around for a few hours and could only see some run-down local shops and markets in the vicinity. When I returned to the hotel, there still appeared to be nobody else in the hotel apart from the receptionist who spoke minimal English. I retired back to my hotel room dejected. I was awoken suddenly by a loud banging at the door near dinner time. I opened the door and came face-to-face with James again. I was surprised to see him and mildly relieved to have finally found another volunteer in the building, and moreover, someone I knew. As it turned out, that relief wouldn’t last long.

He told me there was a group of volunteers upstairs at the top of the building and they were all eating dinner. He also told me how nice it was to see me again. Finally! There were some other English-speaking people in the house….and why did I not think of going upstairs earlier?

James told me that many of the other volunteers had been out teaching English and that he had been asked to invite me for dinner by Mai.

The dinner consisted of delicious Vietnamese food and I spent the entire night talking to James and the other volunteers. I noticed as the evening went on that James became increasingly drunk with each new pint of beer he drank, and he also got more and more flirtatious.

Eventually as it was creeping up to midnight, I was concerned about how drunk and flirtatious he was and I decided to go downstairs to my room. I opened my room door to find a Vietnamese family sound asleep in there amidst all of my stuff. One of the women who had by now occupied the room woke up and I tried to explain that the room had actually been assigned to me, but to no avail. James was waiting outside for me and kept trying to persuade me to go to his room instead. I refused and explained I needed to find another room. Eventually, Mai came downstairs and after speaking to the woman who stubbornly failed to vacate the room, Mai instead gave me another room to stay in. James entered it before I could. All attempts to get him to leave were unsuccessful. I gathered my clothes and told him I was going to shower in the ensuite bathroom. I told him he needed to leave by the time I finished.

During the shower, James repeatedly tried to open the shower door despite my shouting at him to go away. He almost succeeded and I wedged a small cabinet up against the door before he could wander in. When I emerged from the room, James had indeed left. Relieved I locked the bedroom door and tried to sleep. I was awoken by loud banging at the door and James shouting to get in. I ignored him and tried to get back to sleep. Suddenly I heard a group of people yelling outside. I got up to see what the hell was going on. One of the other volunteers was shouting at me to open the door stating that James was threatening to kick the door in. While they were yelling a large crack had appeared on the glass window of my hotel door as James began hammering at it with his foot.

All I could see in my head was a vision of my mum saying “I told you so”. She’d be on the next plane to Vietnam and drag me right back to England if she had known. Had she been right after all? The irony is, I was being accosted by an aggressive guy from England in a foreign country halfway around the world. And it looked as though he was getting in one way or another… The others kept yelling at me to open the door…….

Reluctantly I opened the door as it appeared there were a few people standing outside it including Mai. James quickly hurried inside and the others just….left me to it. It was 1am in the morning.

James appeared to calm down and tried to coax me into sharing the bed with him. I got no sleep that night as I spent 4 straight hours trying to reason with him, arguing with him and eventually spending long periods in the bathroom trying to get away from him as he kept trying to tug at my clothes and pull me towards the bed. He knocked on the bathroom door repeatedly as I once again pushed the cabinet up against it and refused to budge.

Eventually, he fell asleep and I spent the night in the bathroom with absolutely no assistance from the others whatsoever. I left the very next day – the equivalent of £30 lighter because the Enigma had helped himself to some of my money before he left to volunteer that day. It was the best £30 I ever “spent” and a small price to pay for escaping the prospect of spending more awful nights with this menace.

Oh and another thing – I never let that unpleasant experience put me off travelling. It just made me a little more careful about who I spent my time with and thankfully, nothing similar happened during the 8 months I was away.

Advice to other travellers:

My advice to other travellers after such an experience would be to trust your instincts. If I’d listened to my first impression of James the Enigma (Kray Twins vibe), I would have kept conversation to a complete minimum. If you feel that a situation is escalating or becoming too intense, it is best to call it a night as soon as possible.

Don’t ever feel pressured to spend time with another person you feel uncomfortable with. If you are staying somewhere that has a bit of a dodgy vibe about it – then it is always worthwhile spending a little extra money to get a taxi to a better location.

Always have a backup plan

Another key mistake I made was not having my own backup plan when I got off the bus after arriving in Hanoi. As a matter of fact, I didn’t have a plan of action when getting on the bus to the Vietnamese in the countryside in the first place. Research the place you are in throughly, ask questions and ensure you have a couple of hotels in mind and plenty of cash on you, should the need arise.

It is always a good idea to have the local emergency numbers or the phone number of the tourist police handy in the country you are visiting. It helps to know a few key phrases in the local language so you can try and get help where needed.