Michael Roots, 47, has a fairly unique story compared to many of the black backpackers I have interviewed as part of his story. He has lived, worked and travelled abroad, in his capacity as a clinical social worker and as a student of yoga and other spiritual practices. He has stayed in Indian ashrams, stood beside the Eiffel tower and backpacked across Luang Prabang, a UNESCO World Heritage City. This is his story.

“Spend money on experiences and not on things”

That is the motto of Michael Roots, a 47 year old clinical social worker who always dreamed of travelling. As a young child, he fantasised about exploring far flung places across the world.

In his youth, he met many people who had moved to America from other places. However, he did not know anyone from America who had travelled to other places.

This only served to increase his curiosity about globetrotting.

"This Is How Life Is Supposed To Be" 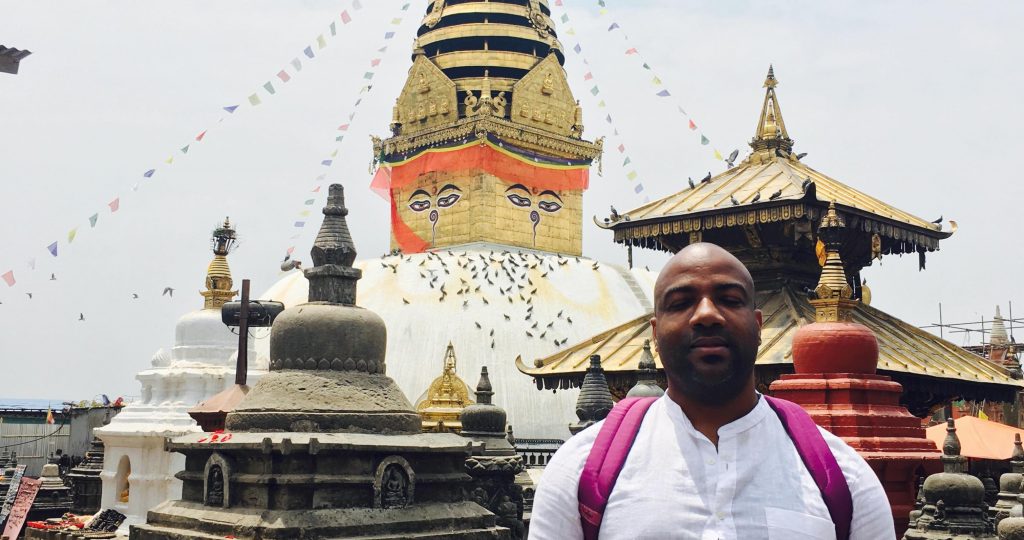 His opportunity came while working for the US government as a clinical social worker and he was offered the chance to work overseas.

Since then Michael has travelled across parts of Africa, including Tunisia, as well as European countries such as Germany, France and England. He has also travelled to Taipei, India, South Korea, Thailand and now resides in Japan.

While France reminded him of the way life should be, Laos held a truly special place in his heart.

He said: “I remember being in Paris, looking up at the Eiffel tower and thinking ‘this is so awesome. This is how my life is supposed to be’. I also loved Laos. I went to Luang Prabang, a UNESCO World Heritage city. I really enjoyed it. It reminded me of the way it must have been when people went backpacking in the ‘70s and ‘80s, because it felt like it was still under the radar”.

However, while many of these places have been memorable, Michael says it was hard to pick a favourite destination because when you travel around so much, you get to appreciate a lot of different places. 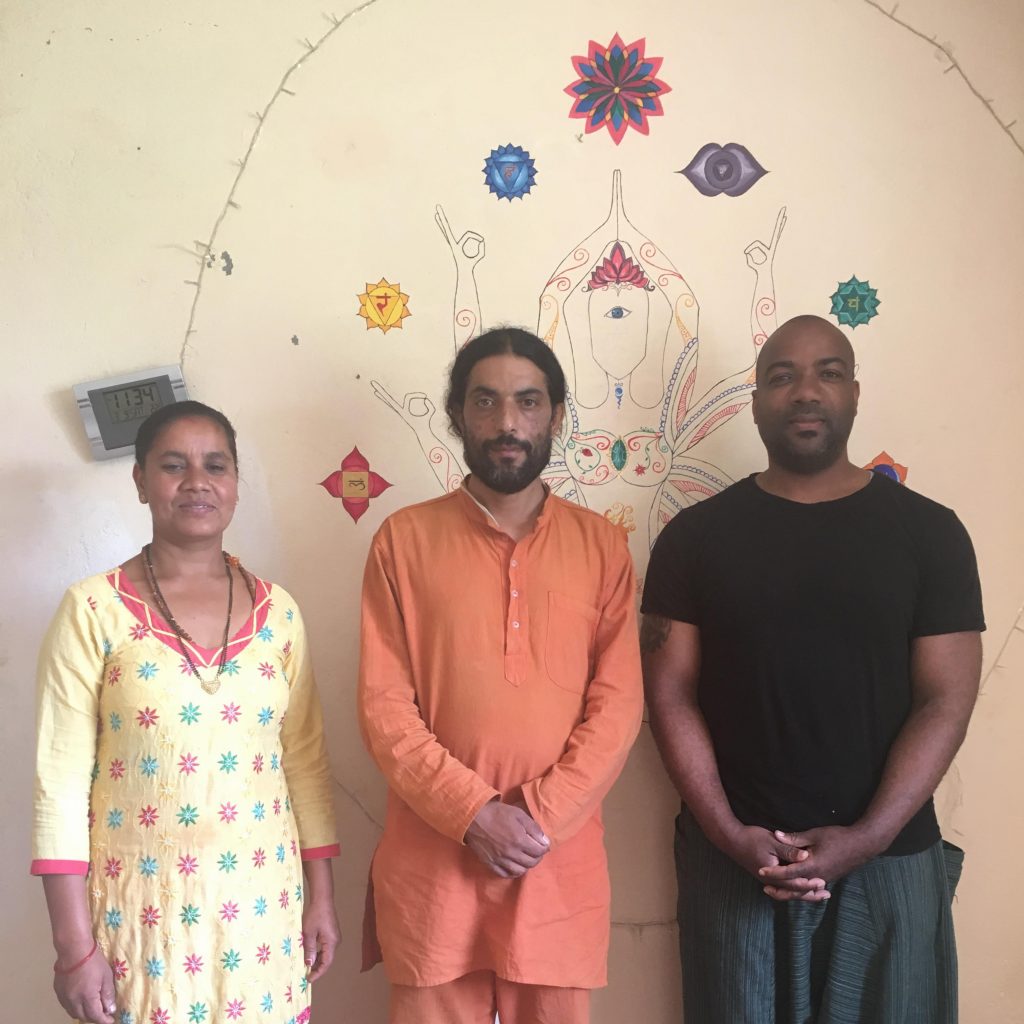 But as with anything in life, traveling comes with its up and downs and it can be challenging for a person of colour. While the vast majority of his experiences abroad have been overwhelmingly positive, unfortunately there were times when Derek was subject to racial discrimination by Western people outside of his home country, the USA.

He recounted a time in South Korea, where he was trying to flag down a taxi on Halloween. What followed next was horrific.

“As I was waiting to get a taxi, a group of white soldiers drove by in the car and shouted the N word. Even in South Korea, that’s how I was classified. It showed me how consuming white supremacy can be and there was no escaping it. It’s so sad that people hold onto those stereotypes.

“The idea of being somewhere, paying for a ticket and knowing that people may feel uncomfortable sitting next to me because of something they saw on TV and not because of a personal experience bothers me.

“But I still go out and travel because I think I deserve to go out and experience the world just like everyone else.”

While these were undoubtedly negative experiences, the truth is that racism is everywhere and although you could experience it abroad, you could also come across the same attitudes in your own country. 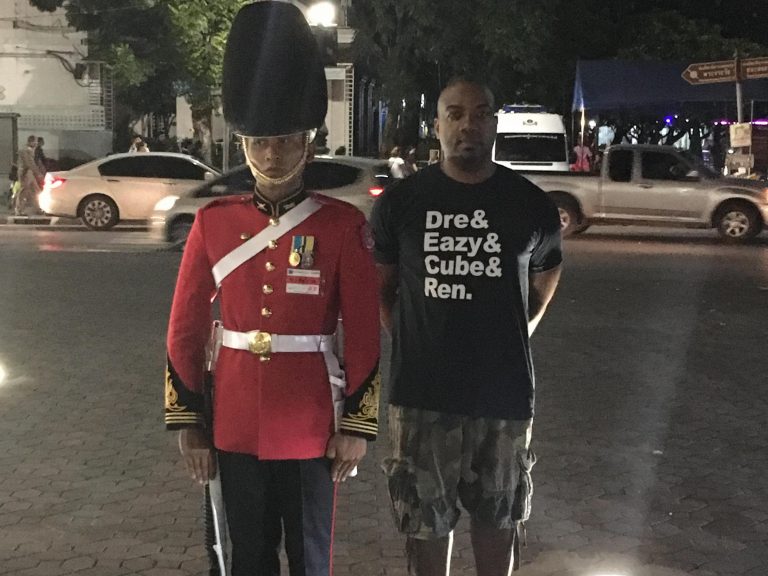 However, one of the challenges that black backpackers often face is that in many places you may be the only black person that some people will see. In the minds of those people, you are a representative for people of your race.

Michael added: “Sometimes as a person of colour I feel like I have to be the example for people who have never met a black person. So I have to be careful in how I conduct myself or what I may say because this person may be left with a negative impression of all black people.

“Sometimes it can feel like a burden when I feel like I have to represent all the time, without being able to relax like people of other races. In that sense, you are in the spotlight.”

However, while black backpackers face their own unique challenges while travelling abroad, there is no denying the benefits of having the ability to get out there and experience the world.

Breaking Down The Myths 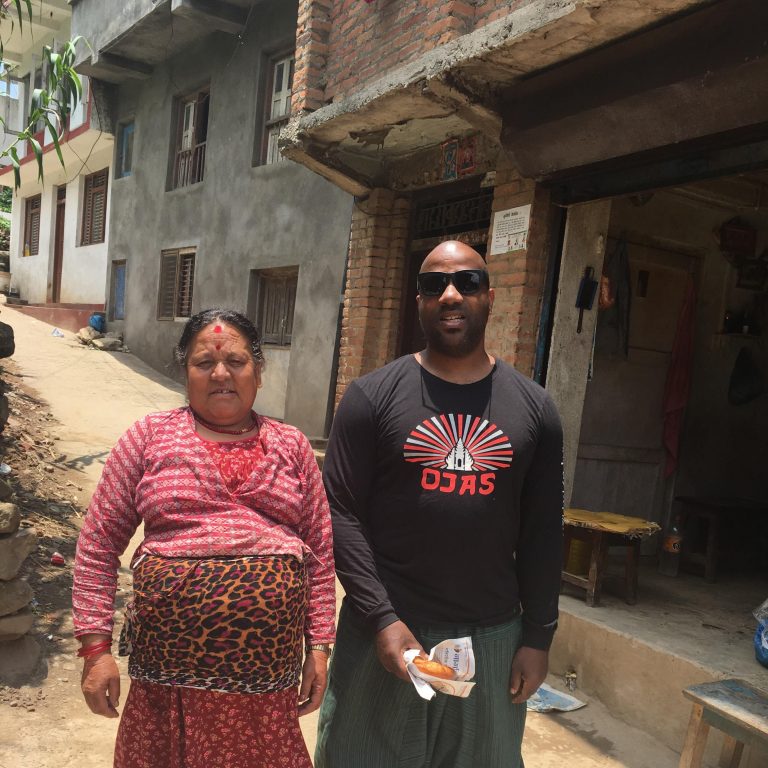 Growing up in Washington DC, Michael explained that the city at times could be very segregated. For example, interacting with people of different races or from other backgrounds wasn’t always that common.

He says that travelling around the world has helped to break down stereotypes and he has interacted with different communities in a way that may not have occurred otherwise.

“Travelling helps to dispel myths about other people. I have come to believe that people basically want the same stuff – food, clothes, shelter, love and to take care of their kids, regardless of their background. If I had not travelled, I would not have met my wife who is from Thailand.”

Michael has certainly seen more than his fair share of countries across the planet.

The truth is that with travelling being now more accessible than it has ever been, it is easier to meet and interact with other people across the world and immerse yourself in different cultures.

It breaks down stereotypes that may have been perpetuated by the media by bringing people together.

“History is written by people in charge so they are going to recall events from their perspective and not from the perspective of people of colour. One of the benefits that black travellers have is to be able to break down those stereotypes and tell our story from our perspective.”

Spend Money on Experiences & Not on Things 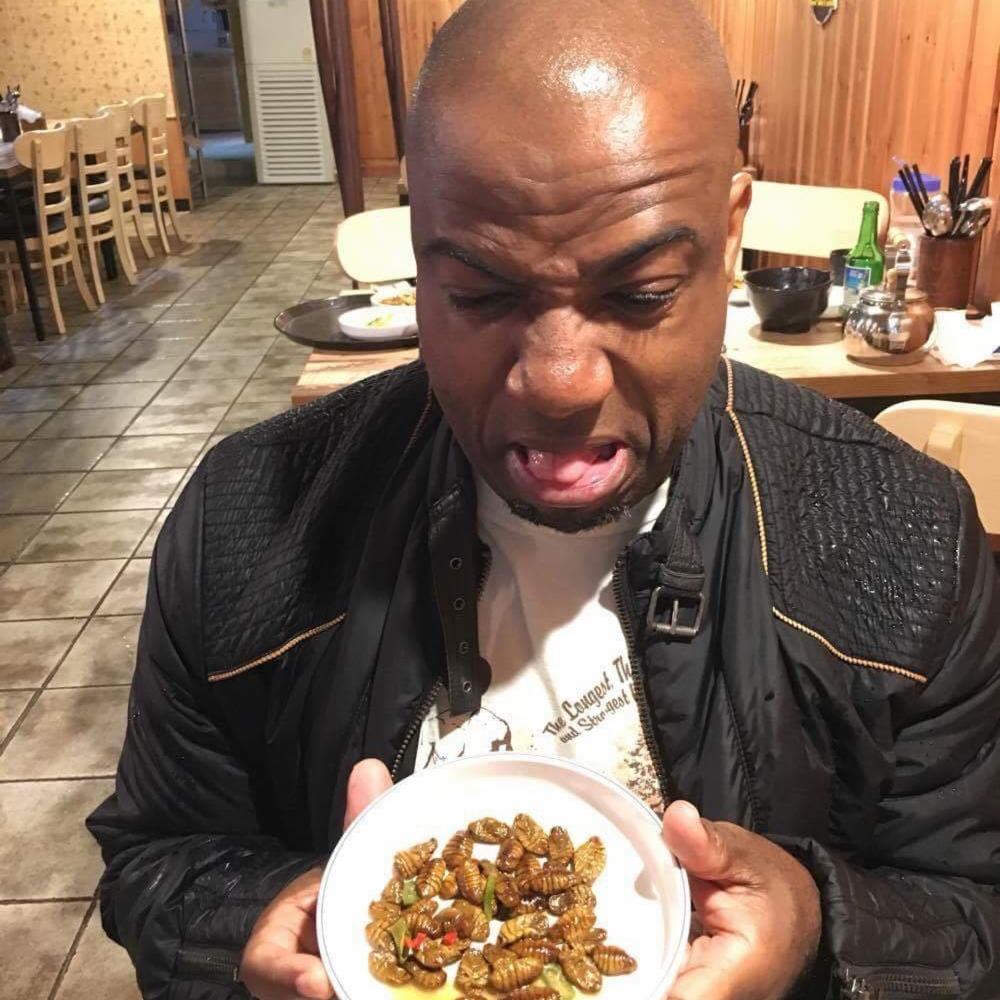 But there is a much deeper reason to embrace travel, like so many black backpackers have. Quite simply, it gives you memories that money can’t buy and stays with you for a lifetime. 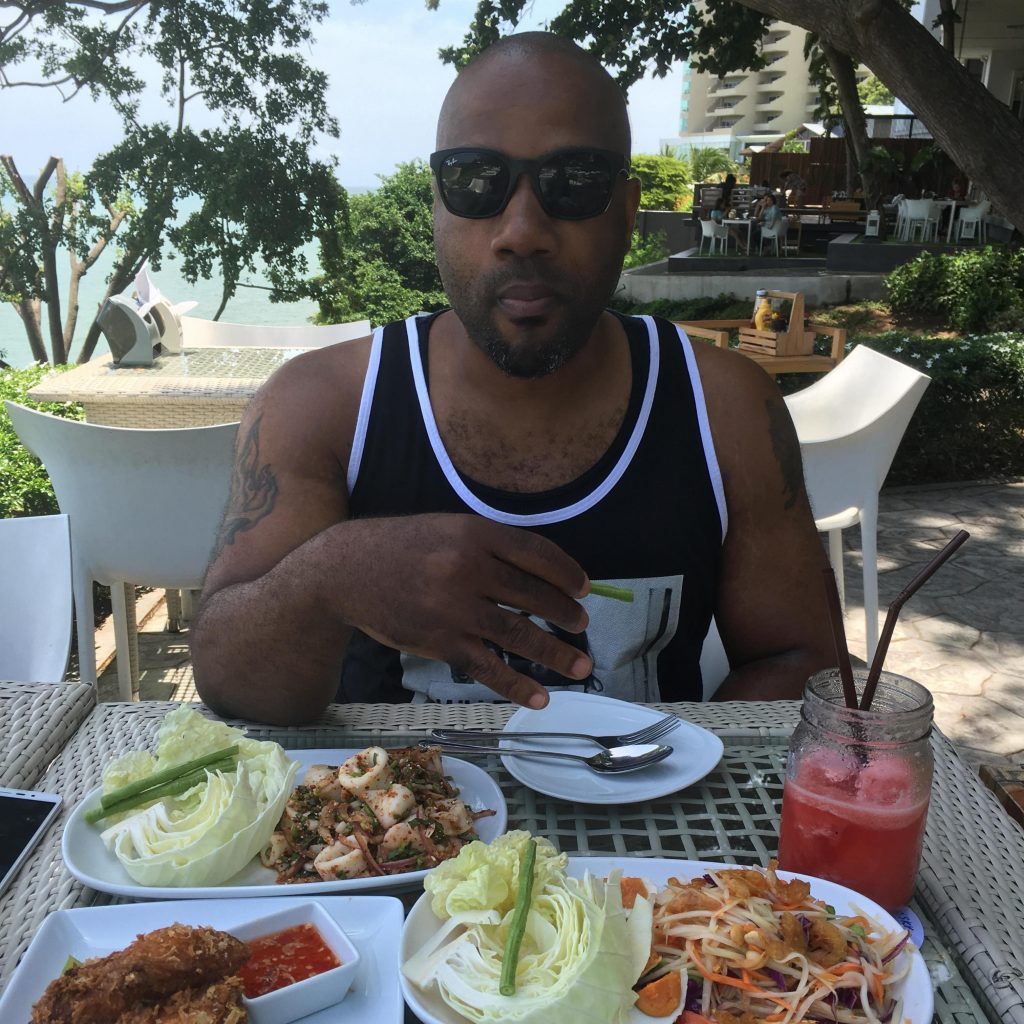 For more tips and advice for black backpackers, check out our tips in the following blog ‘First Time Backpacking Advice For The Black Explorer‘ and ‘What’s So Special About Black Backpackers?‘. 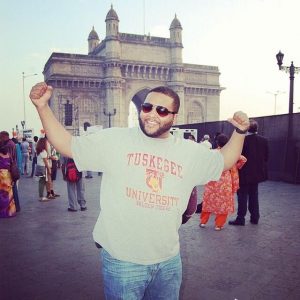 From Kuwait to Cape Town: Bridging The Gaps as a Black Traveller

From Kuwait to Cape Town: Bridging Gaps as a Black Traveller Steven Luke is a black traveller who has taken on the world. The media 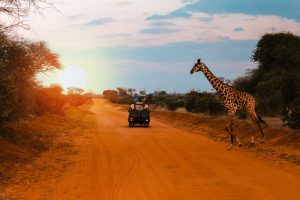