The Strangest Thing I Saw On a Plane

*Warning* The pictures don’t do this story justice. Frankly, they are rubbish as I didn’t have the presence of mind to take a video. But I just had to write about this anyway because I haven’t read about this anywhere else

I was on the Qatar Airways flight from Doha to Tanzania on November 1st. It had been a long, 20 hour flight and I was just looking forward to jumping in the taxi at Dar es Salaam and getting to my hotel as quickly as possible.

At the same time, I was exhausted and could barely face getting off the plane, which was an hour away from touching down. I looked up to see the sun coming through the window on the opposite side.

I guess it was time for me to wake myself up a little bit.

Then I rolled over in my seat and peered out of my window seat to see that it was still night time, with the stars and the dark sky casting a shadow over the clouds.

At first I felt relief, as it wasn’t quite time to stop sleeping yet.

But the plane had already brightened up from the sun rays coming in from the opposite side.

However, another glance out of my side of the window soon made it possible to relax because it was still dark.

If by now you’re getting confused, you’ll perhaps understand how I felt when the realization dawned on me that what I was seeing simply didn’t make sense.

So I sat up and took another look.

And sure enough, on the opposite side of the plane the blue skies were visible and the sun was coming in. But I was still seeing the stars and the night sky on my side (I had a window seat).

If you look closely at the panoramic photo I attempted to take, you’ll see the dark sky on the far left, and the bright sky on the opposite side of the plane.

Curiously, only a few other people on the plane seemed to notice and/or care.

I also only met one other person during my time in Tanzania that happened to see the same thing on a separate flight.

On the picture below, you can see a close up of the view from my window and my plane screen in front of me.

Then you can see the brighter view opposite. 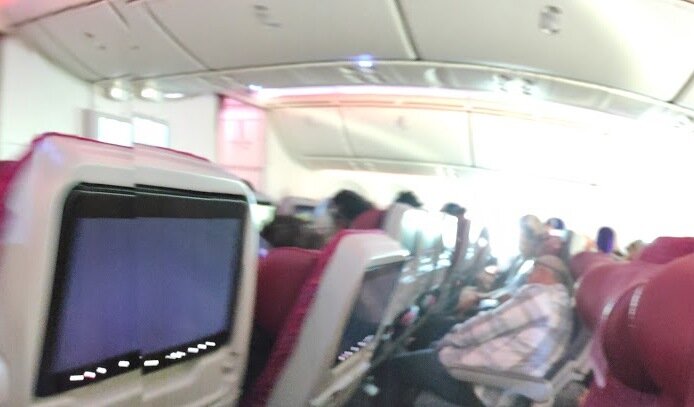 Naturally, I took to the internet where I tried to search for a possible explanation. All I found was a Quora post where someone had asked: ‘How is one side of the flight seeing bright sky while the other, a dark night sky?’

The first answer posted just below that Quora question was provided by Mehran Moalem, a professor at the University of Berkeley. He provides a pretty interesting theory.

And in case you’re a geek like me, you can view his answer on the thread here.

But now I’m passing it over to you, dear reader: have you ever seen anything weird or baffling on an airplane that you couldn’t explain? 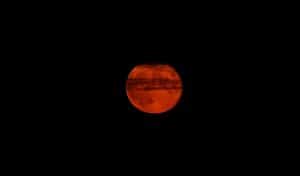 Elevated Blood Moons In Zanzibar I’d never seen a moonrise until I traveled to Tanzania.    I’ve seen my fair share of spectacular sunsets, and 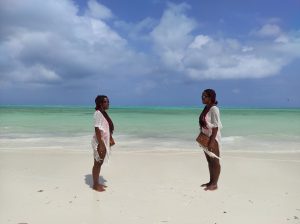 How I Met Myself Abroad

How I Met Myself Abroad I didn’t find myself. But I had one hell of an introduction.  I’m what you would call an experienced traveler. 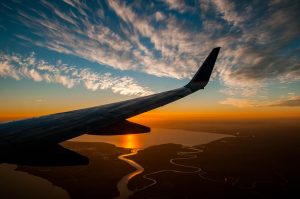 The Strangest Thing I Saw on a Plane

The Strangest Thing I Saw On a Plane *Warning* The pictures don’t do this story justice. Frankly, they are rubbish as I didn’t have the