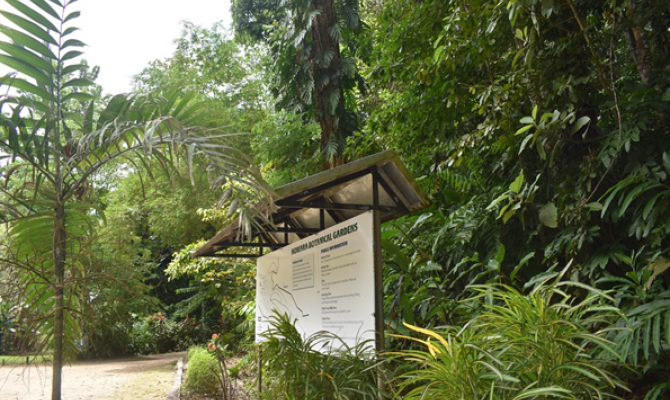 It is almost difficult to imagine a world without social-distancing amidst the surge of a deadly pandemic. Nowadays all the media seem to report are stories of the death toll going up or airlines shutting down because of COVID-19.

And to say that now isn’t the best time to travel is probably the understatement of the year. But among all of the doom and gloom, there is a little bit of hope on the horizon.

While most countries in the Western world are on lockdown due to the pandemic, there are a few hotspots in the world that at least for now, seem to have escaped the worst of the crisis.

I take a look at these countries below, which incidentally, also have the benefit of being slightly off the beaten track.

It’s important to note that there is never complete certainty when it comes to the reporting of COVID-19 deaths. Unfortunately, due to vested interests and the difficulty in tracking people with the virus, not all of the figures pertaining to COVID-19 are 100% accurate.

In other words, they should be taken with a grain of salt. But according to what is known, the following countries have a much lower rate of infection and death toll overall.

Many of the Pacific Island States have escaped the worst of the virus, and the Federated States of Micronesia have not had many reported cases. Part of the reason for this is that it declared a public health emergency and on March 14, enacted strict border control measures. This includes banning travelers from countries with COVID-19 cases and prohibiting citizens from travelling abroad to countries with recorded cases.

In a press release, president David Panuelo put out a press release in which he encouraged citizens to wash their hands and avoid large gatherings. He went on to urge Micronesians abroad to “heed the advice of your host Governments and their medical professionals as if their commentary were from the Bible itself.”

In addition to its low COVID rates, the country is known for its turquoise waters, sprawling coastline, ancient fishing villages and watersports. Prior to the epidemic of COVID-19, thousands of tourists would descend upon the nation every year to go scuba diving, snorkeling, fishing and bird-watching.

The most popular hotspots in the country include Chuuk Lagoon, which is part of the Chuuk State. It consists of a protective reef, 225 kilometres around, enclosing a natural harbour of 79 by 50 kilometres, with an area of 2,130 square kilometres.

Another breathtaking island in the country is Pohnpei, a high coral-capped volcanic island that boasts luxuriant tropical foliage, which earned the island the nickname of the “garden of Micronesia.”

It is flanked by mangrove swamps along its coasts and rainforests in the central hilly area.

Other unknown gems in the country include the paradise islands of Palikir, Weno and the island of Kapingamarangi.

The Solomon Islands is a sovereign state consisting of six major islands and over 900 smaller islands in Oceania lying to the east of Papua New Guinea and northwest of Vanuatu.

While at the time of reporting, the Solomon Islands has no COVID-19 cases, the country continues to send tests overseas to determine whether any of their citizens have the coronavirus.

Culturally, the Solomon Islands are the most fascinating out of all of the Pacific Islands. They are best known for their waterfalls, quaint villages, ancient cave systems and lagoons. For example, the Riba Cave is a haunting cavern with several large subterranean chambers and an underground river.

Other nuggets include Tenaru Falls, the Honiara Botanical Gardens, which are housed on a former World War II site, Rennell Island & Lake Tegano.

Taiwan has an even lower death toll than Sweden. To date, it has been reported that there were 429 cases of the virus and 6 deaths in the country. Unlike other countries, it did not shut down businesses in the country.

Instead, it banned flights from many parts of China as early as December and left the health policies in the hands of experts, doctors and academics – not politicians. The other key measure it took was to make an inventory of all the resources (such as face masks) that they needed in order to supply them.

Taiwan has plenty to offer for the adventurous globetrotter. This includes everything from mountains over 3,000 metres, serene Buddhist temples, hot springs, night markets, lush green valleys and even a toilet-themed restaurant.

One of the hidden gems in Taiwan is the East Rift Valley, a deep green landscape sliced in two by the Tropic of Cancer, marked by rice paddies and a continuous wall of enormous broken ridges.

And if you’ve got a taste for the bizarre, be sure to make a stop at the world-famous toilet restaurant, aptly named Modern Toilet. In this restaurant, diners sit on loos decorated with cartoon toilet seats and tuck into novelty dishes – including chocolate ice cream styled to resemble faeces – eaten from miniature cisterns and bedpans.

Regardless of whether you’re into fake bathrooms or breathtaking mountains, Taiwan serves up a little something for everyone.

Like many countries in Africa, Ghana has escaped the worst of the coronavirus and to date has reported 1,550 cases and 11 deaths. The country went into lockdown in March and encouraged citizens to wear masks, while closing non-essential businesses, which began to reopen again this month.

It also utilized an aggressive contract tracing system and mass testing. It became the first country in Africa to ease its lockdown at a time when others such as Zimbabwe and Nigeria extended theirs.

Ghana is best loved for its wildlife, lush green scenery and beach life. Accra, in particular, has many beaches surrounding the city – particularly Labadi Beach, which comes complete with great food and cocktails.

On some days, you can lounge in the sun while listening to native drumming music, local reggae bands, and plenty of spots for dancing to hiplife.

It is perhaps the only African country with a long stable democracy and healthy economy. The country is a confluence of rich heritage, culture, pride and hospitality which welcomes you from the heart. Music festivals and monthly traditional celebrations are ways to loosen up and celebrate life, with music, dance, drumming, and plenty of food.

And if you ever feel like getting away from it all, then be sure to head to its dense forests and national parks such as Kakum, Bia and the Mole National Park, home to thousands of wildlife and exotic bird-life.

Unlike some of the other countries mentioned in this list, Sweden has thousands of confirmed cases of coronavirus. But it is still not quite as severe as many of the other Western nations. Currently, it has 18,640 cases and 2,194 deaths, compared to more than 20,00 deaths in the UK and 50,000 deaths in the US.

What makes this even more interesting is that Sweden also has the most relaxed social distancing and coronavirus rules in the world. It is one of the few countries that has not required people to stay at home, businesses have not shut down, restaurants are still open, schools are operating as usual, and groups of up to 50 people can still gather.

However, the country did put in place other coronavirus measures such as advising older people to avoid social contact and recommended that people work from home, wash their hands regularly and avoid non-essential travel.

So while Sweden has more cases than some of the other countries on the list, it is still substantially lower in the global scale of things – particularly when you consider that its measures were noticeably less strict than some of the hardest-hit nations.

While many criticised the measures or shall I say, the lack of measures taken by Sweden, the low death tolls and comparatively lower number of coronavirus cases are difficult to argue with.

Sweden is also blessed with thousands of coastal islands and inland lakes, along with vast boreal forests and world-famous glaciated mountains. It is also home to some of the most spectacular palaces in the world, including Drottningholm Palace, which is usually mostly open to the public, Kalmar Castle and Stockholm Palace, the official residence and major royal palace of the Swedish monarch. Several countries have already started to ease lockdown measures as the death toll has lowered in many countries. This week it was reported that Switzerland and Norway are easing lockdown measures, while other countries such as Italy recently announced it will release a timetable to leave lockdown.

These countries join New Zealand, France and Spain, which are easing restrictions as other countries around the world slowly attempt to return to normal.

However, while some countries are easing restrictions, there are other nations where lockdown is currently still in effect, such as the UK and large swathes of the US.

One of the hallmarks of COVID-19 is that it has so far been unpredictable. Right now, nobody knows whether the rate of infection will go up or down, or whether the virus will mutate, return as part of a second wave or simply disappear altogether.

As a result, global travel has been severely restricted and thousands of people are still as yet uncertain as to whether they will be able to take their vacations this year.

However, the countries that are reporting low death rates, and in some cases low rates of infection, certainly present a light at the end of the tunnel. They serve as a reminder that not every country across the world has been ravaged by the pandemic and they point to important clues about the most effective ways to handle a pandemic.

So while the newspapers are awash with doom and gloom, these hidden little gems across the world give us some much-needed hope and positivity in the midst of one of the most unprecedented times in history.